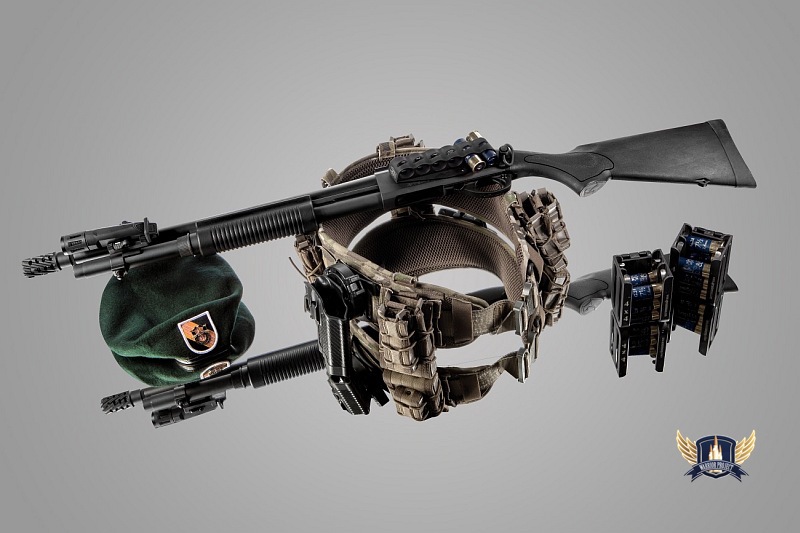 There is the most recognisable shotgun on the market and we are sure this is the top tactical version around
Remington is clearly one of the biggest name shotgun manufacturers around the World. When you consider that the Model 870 first came into production back in 1951 and Remington has sold over 10 million shotguns over the years, the Model 870 has been thoroughly field tested and has proven its place in the market. Remington produces more than 30 different models of their 870 Pump Action Shotgun. This alone is a good indication of the success of this shotgun platform. Another indication of success is the huge number of aftermarket products (stocks, grips, forearms, etc.) that exist for the Remington 870 Shotgun.

When you put the gun up against some competition you will start to realise just how good you have it. Compared to others when you rack the 870, the gun feels solid and well-built. When racking most of the competitions, it feels like them about to come apart. Out on the range we put hundreds of rounds of birdshot, buckshot and slugs through the gun without a single problem. The gun never malfunctioned, never hung up, and always ejected properly. Would we recommend this shotgun? Absolutely. If you are looking for a tactical or home defense shotgun, we would put this shotgun on the top list to checkout.
On the front of barrel there is Remington Tactical Breecher Muzzle Brake. This choke tube can also be used for breeching, it also includes an aggressive front end that can be used to inflict damage to an assailant. The actual choke portion is considered to be a Cylinder choke which should have no limitations and you can use all kind of ammunition. The matte finish on the barrel, magazine tube and extension tube is a bead blast black oxide finish which you wouldn?t believe but it looks like a satin material cover. The front blade sight is produced by XS Sight Systems and has a highly visible white bead to use in conjunction with the rear Ghost Ring sight.
The Remington 870 Express Tactical Shotgun also comes with a factory installed 2-Shot Magazine Extension Tube. This extension tube allows you to get six shells into the tube, which makes this shotgun a 7-shot (6 in tube + 1 in chamber). Every tactical gun should have the capability to install a light and this is the feature we also upgraded in this version. The trigger plate and guard is a molded synthetic part. The average trigger pull on this shotgun was 4.5 pounds, the shotgun weighed in at 7 pounds empty and the total length of this gun is 38.50"
There?s no doubt that the Remington 870 is still the king of the pump action shotgun. Even after all of these years, it still feels and works just as well as its predecessors. And for the tactical point of view, it?s the best shotgun you can get.
The list of upgrades in Black Warrior model provided by us: