Squibs - The Extreme Danger for Operator 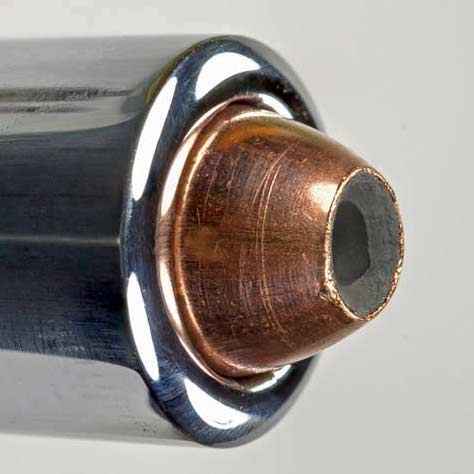 The Extreme Danger of Squibs - Broken Guns with stuck bullets

What is a Squib Load and why you need to know it. Extreme lacerations to the hand and loss of fingers may be a consequence of this dangerous malfunction. And this is mostly ammunition fault, so is it worth to use non-certified ammo...

A Squib is term used to describe an under-powered firing of a cartridge that results in the bullet not having enough power to exit the barrel and stuck inside the barrel. Most often from not receiving the proper powder charge during production or from ammo degradation via moisture.

This form of malfunction can be extremely dangerous to the shooter and those around him, and can be catastrophic to the gun. If unnoticed, firing another round without clearing the barrel will almost always cause the structural integrity of the firearm to fail, different pieces go flying around at dangerous velocities.

Most times a Squib Load will be the result of non-professional reloading of ammo but it can be also though using good quality manufactured ammo which were put into improper storage.

A squib load on its own is not really that big of a problem provided two things:

How To Detect A Squib Load

A squib load when fired will not have the normal noise or recoil that you normally expect. There will be a silenced bang with short sound effect since the bullet never exits the barrel to break the sound barrier. You may see a cloud of smoke exit the barrel, and it will not look normal.

What To Do When A Squib Load Happens

If you ever suspect a squib load situation has occurred:

Do not look directly down your barrel. Disassemble your handgun if possible and remove the barrel from slide. Shine a light through the barrel to see if there is an object blocking the light.  For a revolver which you cannot remove the barrel, you can release the cylinder and use a light to look for a barrel obstruction.

Proceed at your own risk with either a wooden dowel rod or appropriate brass squib rod and get the bullet removed. Clean and lubricate the weapon before firing again after bullet removal.

Reduced Recoil: Reduced recoil is a good indicator of a squib load. If you experience reduced recoil or no recoil at all, stop immediately and inspect your gun.

Reduced gun behaviour: “Bang” but very quiet compared to a typical 9mm round or no “bang” at all just the weird noise. If you experience a reduced or atypical gun begaviour, immediately stop what you are doing and inspect your gun!

Strange Smell or a Smoking Gun: Strange smell is probably due to contaminated powder, and incompletely burning of said powder. There can be also thick smoke pouring out of the gun, but not from the muzzle. Any of these should be a good indicator to stop what you are doing and inspect your gun!

Atypical Firearm Behavior: hammer only came back to half-cock or the slide didn’t move enough to even half-cock the hammer.

Squib loads in modern factory ammunition are extremely rare because of different check points during the production like: final weight check, X-Ray scan or ultrasounds check. The Most major companies load their duty-grade ammunition more carefully, often on different machines, so defective duty ammunition is even more unlikely.

That is why defense ammunition have the price much higher than competition ammo. Also because of quality, certification and check points the factory ammunition has a much higher price than elaborated version.

Someday a gun operator in a fight for their life may experience a squib load only to clear the problem and experience a catastrophic weapon failure on the next pull of the trigger.

When you use dangerous tools in a dangerous profession, one may someday fail you through no fault of your own. So, use the best ammunnition and carry a backup gun.