For what purpose was formed Warrior Project? 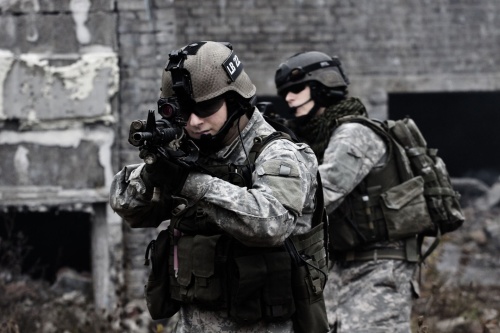 Being a fan of weapons and combat styles, as well as admirer of combat equipment and military uniforms, at the beginning of millennium year I stated that I need to take a big step forward and not let my foreign friends to constantly invited me on shooting with their own weapon.

At the beginning I was very happy with a chance, which they gave me, i.e. using their combat equipment on shooting ranges in their area and training with the best. My joy was even greater, because journeys to Berlin, not to mention trips to Chicago, aren?t everyday trips. These friends showed me the wonderful part of shooting, and how they made their dreams come true by participating in different competitions. They showed me, how nice is to get out of work, sometimes exhausted and to go on a shooting range, where all the distractions will fly away along with bullets in a direction of chosen target.

At the beginning I didn?t understand it, because I didn?t have considerable problems related to work, or because I was too young to understand their professional problems. Working for many years I already realized that adulthood is much harder than it seemed to me, and I understood that this fine hobby, which is shooting, helps more than just going with friends to bar and more than spending the evening at home watching once again action movie, dreaming to be able to shoot with such weapons, which had Arnold Schwarzenegger or Sylvester Stallone during the action. I decided that it?s enough of dreaming and thinking about wonderful collection of weapons and enough of reading that in Poland nobody has a chance to receive firearms license. I was so headstrong that I decided, even if I will have to challenge decisions to the highest authorities in the State, I won?t give up.

Two first years of the fight against authorities, drove me to loss of strength, all the more that everyone advised me to drop this fight. Bizarre response from the police, which I don?t want to even recall, would lead any ambitious man to helplessness. Constant belching from the wall, something as banged the head against Berlin?s wall to break down, but this wall was filled with steel rods, so even a pneumatic drill had problem with its breakage. Regular meetings with colleagues from the police, CBA, military police and former head of the special units additionally confirmed me in the fact that there are small chances of having such weapons, as my friends have from the United States. All the more, my friends from above mentioned services didn?t also carry own weapon, even if the wanted. Imagine that police officer from the Investigation Department, who was twice attacked by the suspect and received threats, couldn?t carry own private weapon, and if necessary only a very low-grade official weapon, with which is more problems than benefits. 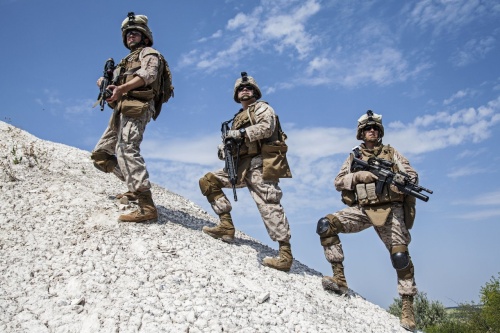 Well, enough of this story, which for you reader, in your applying for a weapon, won?t bring anything new, only you can be sure that we know what you need, because many years ago we have experienced the same thing. Currently, Warrior Project has an arsenal that amazes our friends from special services and it?s not about the number, but the type and quality. To this day, we have helped customers from Poland already several dozen times and everyone was and is in 100% satisfied with our cooperation. In tab ?Firearms? we post our selected projects that most of us in some way fascinated, we do not post there standard, not-distinguishing orders, but only our gems.

Trainings hosted and organized by Warrior Project within the last 3 years:

At the end I will answer a question, raised at the beginning of this article, i.e. what was the purpose of Warrior Project. Well, the purpose is only one: Full and in 100% satisfaction of our customers, and meaningless is for us, what purpose our customer shall choose, we are fulfilling dreams..

We invite you to contact us and pursuit of your dreams,